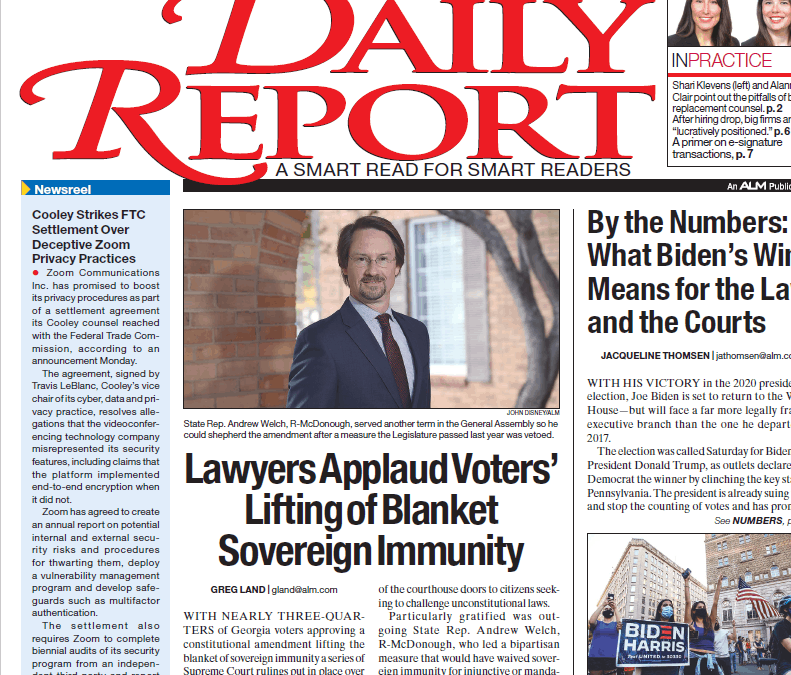 Managing Partner Andrew “Andy” Welch III was recently featured in Daily Report for his involvement in a constitutional amendment that lifts soverign immunity from Supreme Court Rulings allowing Georgia voters to hold state and locals courts accountable when they act outside of their authority.

The amendment appeared on the 2020 elections ballot and asked whether the state Constitution should be “amended ended to waive sovereign immunity and allow the people of Georgia to petition the superior court for relief from governmental acts done outside the scope of lawful authority or which violate the laws of this state, the Constitution of Georgia, or the Constitution of the United States”

The article can be read here. 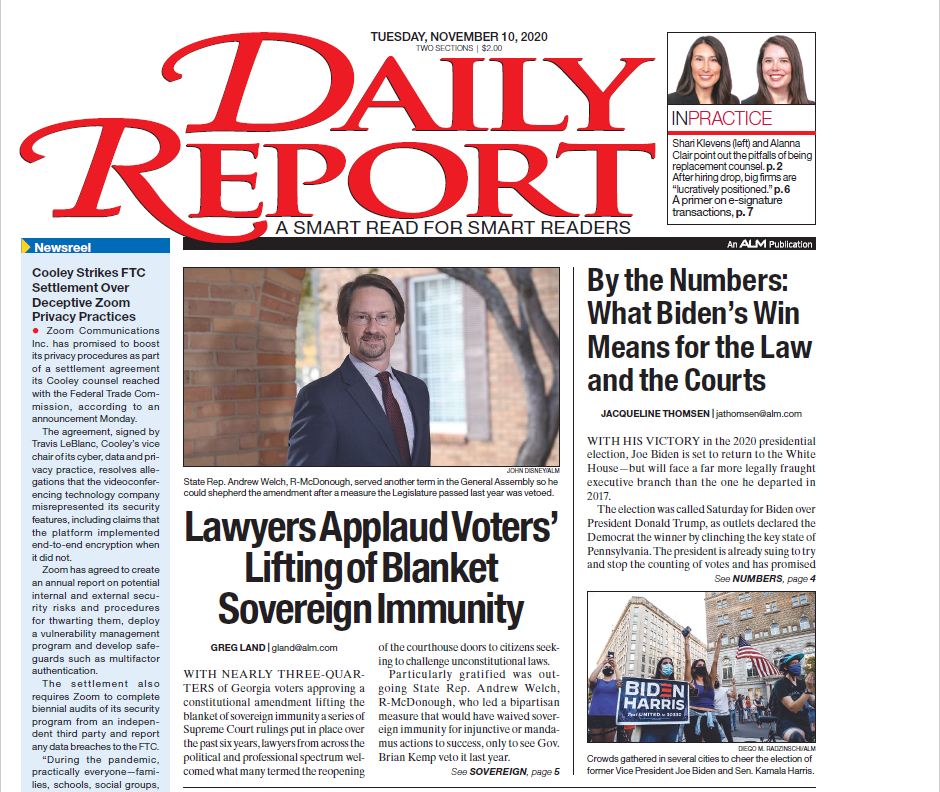