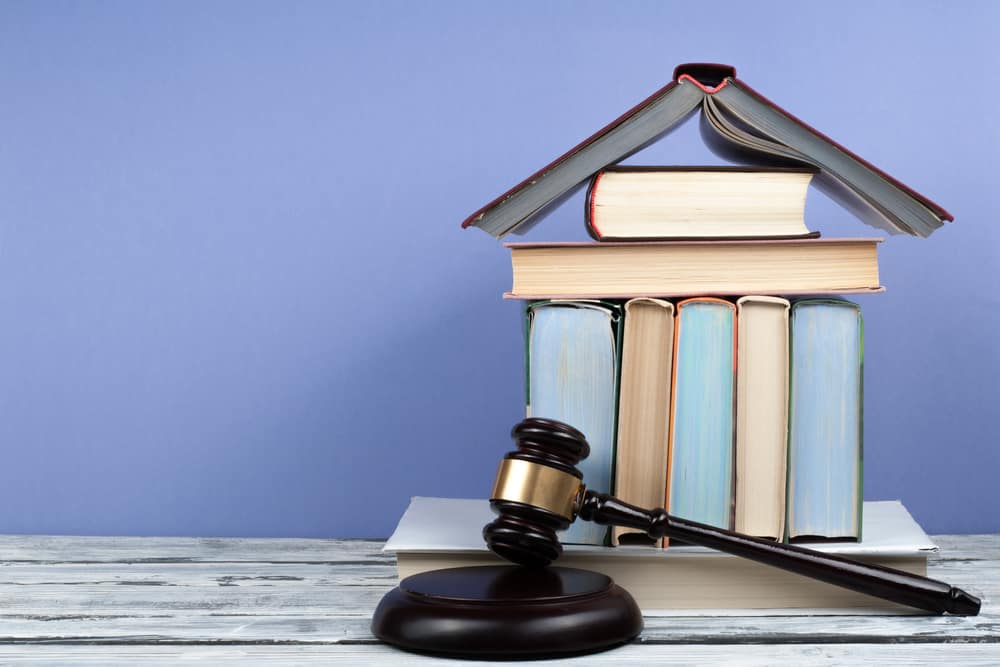 Adjudication: The act of Court in making an order, judgment, or decree.

Alternative Dispute Resolution: This includes facilitation, mediation, or arbitration and takes place before a lawsuit or instead of.

Appeal: Apply to a higher court for a reversal of the decision of a lower court.

Appellate practice: Attorneys that focus on this handle the process of appealing a final judgment from a lower court to the next higher court.

Arbitrator: A neutral party chosen to decide a dispute or settle differences, especially one formally empowered to examine the facts and decide the issue.

Arbitration: A private process where disputing parties agree that one or several individuals can decide the dispute after receiving evidence and hearing arguments.

Bar exam: An examination that is usually administered by a jurisdiction’s bar association and which a lawyer must pass before admission to the bar of that jurisdiction.

Bench trial: A trial by a judge as opposed to a jury.

Civil litigation: The process in which civil matters are resolved in a court of law. Civil matters can be described as situations dealing with relationships between people, such as a marriage, or a contract dispute between corporations.

Commercial Litigation: A broad term that describes virtually every type of dispute that may arise in a business context. Common examples of commercial litigation include breach of contract, partnership disputes, class actions, and shareholder issues.

Defendant: A person or group against whom a criminal or civil action is brought: someone who is being sued or accused of committing a crime.

Defense attorney: An advocate for the accused, charged with protecting the client’s interests and making sure the law works as it should.

Demand letter: A formal, professional document sent by one party to another requesting payment or other action to right a wrong.

Discovery: The portion of a lawsuit that involves the exchange of relevant information between the plaintiff and the defendant.

Draft pleading: A formal statement that sets out the issues that have to be tried. These are short and plain statements that set the grounds upon which a party has a basis to the claim.

Hearing: Generally distinguished from a trial in that it is usually shorter and often less formal. In the case of litigation, these are conducted as oral arguments in support of motions.

Investigation: A process to prepare for litigation that includes locating witnesses, taking witness statements, interviewing the client, and investigating facts leading to the dispute.

Jury: A body of people (usually twelve in number) sworn to give a verdict in a legal case on the basis of evidence submitted to them in court.

Lawsuit: A proceeding by a party or parties against another in the civil court of law. The rules involving formal lawsuits differ among cities and states.

Litigation: The process of taking legal action. Includes the activities before, during, and after a lawsuit to enforce a legal right.

Litigious: Prone to engaging in lawsuits.

Mediation: A process whereby a mediator assists parties attempting to resolve their dispute and facilitates a negotiation. This approach results in a quicker resolution.

Motion practice: Essentially a request made to the court to obtain a certain action or ruling.

Plaintiff attorney: A lawyer who represents individuals who are suing for damages or specific performance.

Pre-suit litigation: This involves the negotiations between the parties designed to avoid the cost and inconvenience of a formal lawsuit.

Statute of Limitations: A statute prescribing a period of limitation for the bringing of certain kinds of legal action.

Statutory law: Written law that is passed by a body of the legislature.

Trial: A formal examination of evidence before a judge, and typically before a jury, in order to decide guilt or liability in a criminal or civil lawsuit.

Trier of fact: The judge in a bench trial or jury in a jury trial that carries the responsibility of determining the issues of fact in a case.

Verdict: The formal finding of fact made by a jury on matters or questions submitted to the jury by a judge.

Voir dire: Begins a trial and is the process of selecting a jury.