A severe injury sustained in a work accident can be life-altering. Not only are you physically trying to recover, but also mentally taking stock of how to navigate the recovery process and continue to collect wages while out of work. Workers’ compensation laws permit workers who are hurt on the job to receive several benefits, depending upon the injury. The process of filing for workers’ compensation is arduous and the system is set up to protect the employer’s best interests instead of the employee’s. Did you know that once the process of treating an injured employee begins, the insurance company has the right to control what doctors and healthcare providers the injured worker sees

That is why it is crucial to hire an attorney who has your best interests in mind if you have sustained a catastrophic injury. It’s an injury that is so severe that it would prevent you from ever working again.

It was an average workday for Richard, who was a facilities manager at a major hospital. He had a keen awareness of safety protocol and had never sustained a work-related injury in his 30-year tenure at the facility. Imagine his surprise and pain as he tripped over an inappropriately parked gurney. Because the brake was not set on the stretcher, it moved as he tripped, causing him to fall on his shoulder and sustain multiple tears to crucial ligaments and tendons.

Since this happened at work, his employer recognized it as a workers’ comp claim. Richard was sent to a facility that specializes in workers’ comp claims, where healthcare professionals examined him. Without an X-ray or an MRI, he was sent home with no official diagnosis, a fist full of prescriptions for pain killers, and his arm in a sling. A couple of days later, he complained that he could not even move his shoulder, so he was sent to physical therapy. Again, no X-ray or MRI was conducted; thus, no diagnosis. In physical therapy, the shoulder became even worse because of the movement required. He went to see an orthopedist who was recommended by the workers’ comp facility for a further examination. He was still not diagnosed correctly. 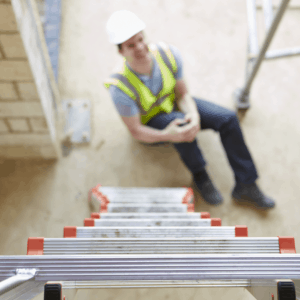 After being passed around for weeks and in pain, Richard consulted with SWWW to get him set up with an outstanding orthopedist who then ordered an MRI. The imaging indicated that the shoulder was beyond repair. Richard needed a full shoulder replacement surgery.

Post-surgery, his injury was such that his doctor informed him he wasn’t going to get any better than he was. He would never be able to ever work again in his profession. This is regarded as a catastrophic injury, one that is so severe and permanent that a victim will never be able to go back to any gainful employment.

Getting excellent medical care from the right doctors as a result of a work injury requires knowing the rules, where the good doctors are, and how to get treatment with the right ones. That’s where SWWW attorney Miranda Hanley comes in. If you or a loved one has been catastrophically injured at work, she will advocate on your behalf, not your employer’s, to help you obtain benefits for maximum medical improvement and a recovery plan that is best for you. Give us a call at 855-505-7999 to schedule a consultation.